My favorite Mother's Day gift, or: What?! Max can write?!

My favorite Mother's Day gift wasn't an actual gift, or even the card, but the envelope that the card came in: 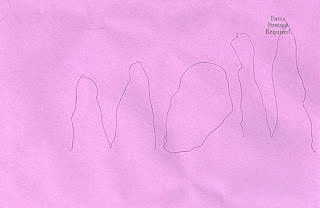 This is the first word my son has ever written! And I didn't even know he could do this! I have encouraged him to try writing letters, and I have various letter tracing workbooks and dry-erase things I have offered him, but he didn't really show much interest so I put them away for the time being and planned to try again later. This morning he handed me my card and I just stared at those three letters in amazement. I asked him if he did this all by himself and he said yes, and Daddy confirmed that he did not help Max write it. Then, inside the card: 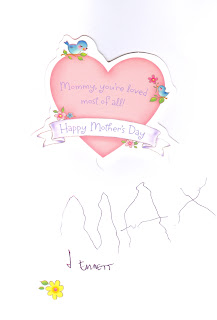 He signed his own name too! (Daddy signed Emmett's name for him.) Finally, because of my praise & excitement, he wanted to "draw more letters" so I gave him some paper and he sat down to write. I left the room to get ready for our traditional Mother's Day brunch with my in-laws, and I came back a few minutes later to inspect his progress. He had written "Mom" and "Max" again, and then showed me this, saying, "Look, I wrote Emmett!" 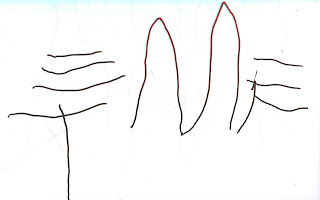 "EMET." Not a bad first attempt, both at writing the letters E and T, but at attempting to spell his brother's name. All by himself. Dad wasn't even in the room with him either. We were both floored.

Now here's a little confession. I do have occasional moments, where my confidence wavers just the tiniest bit, and I wonder to myself, can I really do this? Am I organized enough, self-motivated enough, clever enough to educate my kids? And then crazy awesome moments like these happen, where the kid just knows stuff - new stuff - that he has seemingly plucked out of thin air. And I realize that I doing just fine, and that I couldn't keep him from learning if I tried. 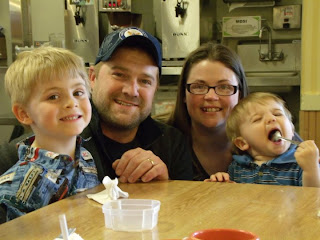 Here we are at breakfast this morning. Emmett was thoroughly amused with his spoon - it was either take the pic with the spoon in his mouth, or of him screaming if we took it away... so we went with the first option. This is an exceedingly rare photo, with all four of us in it at the same time... I think this makes a grand total of three in existence. I really need to get around to doing a family portrait one of these days.