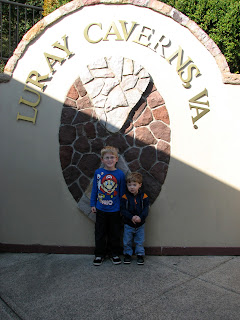 When planning our trip to the Outer Banks, I had noticed that the Luray Caverns in Virginia were not very far off our route, so we planned a slight detour to check them out.  For some reason, I've always wanted to experience being in a huge underground cavern, and I thought the kids would dig it, too.  The husband was not as excited about the idea but he's a good sport and went along with the plan.  (He ended up thinking it was pretty cool and not as claustrophobic or scary as he'd expected.)  The caverns were beautiful and fascinating.  The tour is an hour long and the route is 1.25 miles over a wide, well-maintained brick walkway.  The tour guide told us the history of the caverns and pointed out interesting formations as we walked along.  (He also said, "Be sure to stay with your tour group. The lights are on a timer and will turn off after we pass through. You do NOT want to be left alone in the dark!")  Admission was a little pricey but also included the Car and Carriage Caravan Museum (which we visited) and the Luray Valley Museum (which we did not have time for).  There was also a really amazing looking hedge maze (note: separate admission fee) that we wish we'd have had time for as well.  It was very challenging to get decent photos in the caverns - they were lit beautifully and it didn't feel too dark or creepy when walking through them, but when taking pictures with the flash, items in the foreground would be too-brightly lit, and things in the background were too dark to show up at all.  With the flash off, the colors and formations were more visible but it was harder to get clear photos in the low light.  These are the best we got. 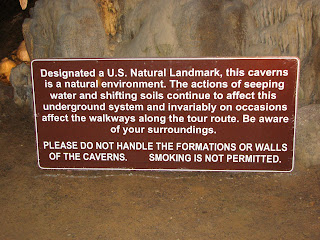 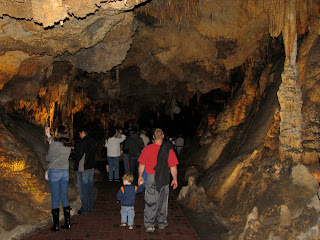 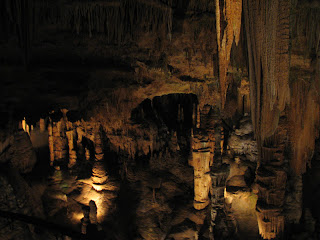 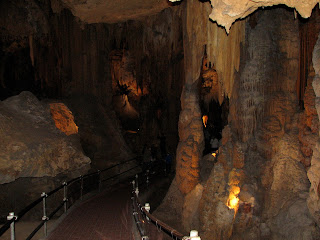 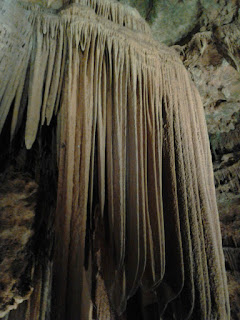 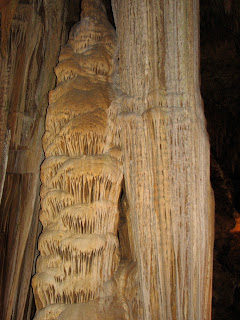 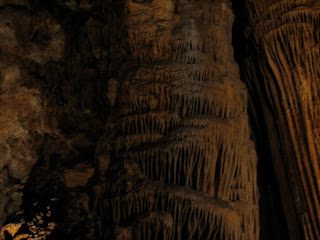 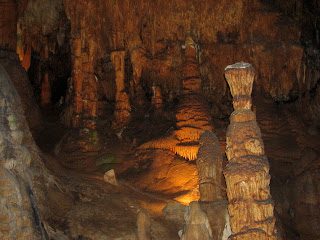 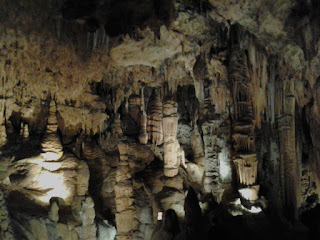