It seems like it's been forever since I last posted... I have several posts brewing but haven't had a chance to sit down and write them. I promise I will soon, but for now, here's a quickie: 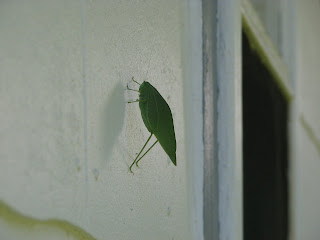 One day earlier this week, Monkeyman spotted this gorgeous green leaf bug on the side of the house. (In hindsight, I think the "grasshopper" I wrote about previously might have actually been a young green leaf bug also.) First, we captured him and put him into our bug house for observation, but we decided that the orange plastic made it too hard to see him clearly. So we built him a new house from a kit I brought home for him recently. 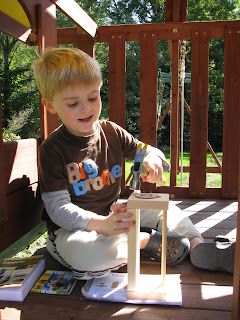 (We decided the most convenient construction location was the playhouse on the swingset. Of course.) 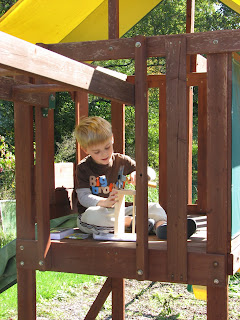 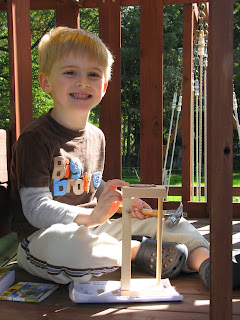 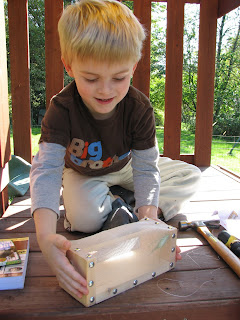 He's proud of his handiwork... 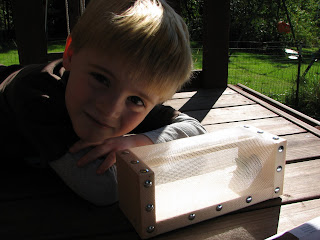 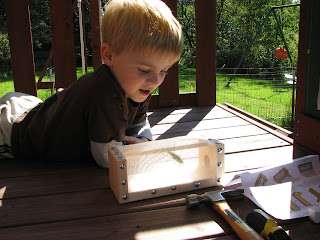 Observing his bug, Henry. (He names everything Henry.) Henry spent the night inside the house with us and was released the following day. No Henrys were harmed in the making of this post.
at 10:18 PM