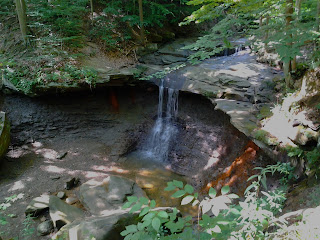 Today, we had planned on going to a Metro Park program called "Pond and Stream Ecology" (very similar to one of the programs we went to last year).  I thought Monkey and Bug would really dig it but neither were remotely interested due to the heat, and since both were vocal about their desire to not be there, we left after about 10 minutes.  I was very disappointed at first - especially since this park wasn't exactly close to home, but then I came up with Plan B.  The park we were at was near a few other parks I'd been wanting to go to, so I gave the boys a choice and they picked Blue Hen Falls, which is in the Cuyahoga Valley National Park.  Fortunately, this place was both beautiful and fun, so the trip wasn't a bust after all!  Unfortunately, I didn't know about Plan B before we left the house, so I didn't bring the good camera with me, but here are a few cell phone shots I took. 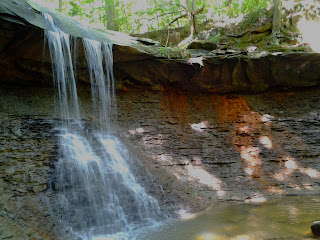 After playing by the falls for a bit, we moseyed downstream and played in the cool water for a while.  Nothing makes boys happier than playing in water and throwing rocks! 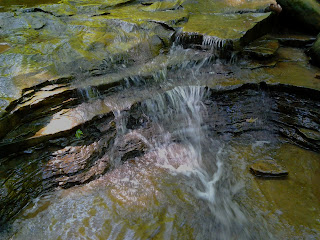 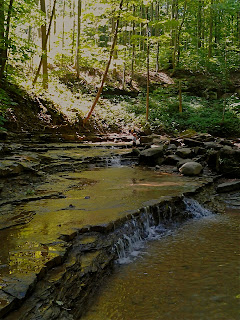 Next time we go back, we will go prepared with the knowledge of which way to go to see Buttermilk Falls as well.  I know they were nearby but I didn't know which trail to take... and it was HOT, so I didn't want to take a chance of wandering too far in the wrong direction.  We'll try to go on a non-102-degree day too.  (Whew!)