So, I went to the Homeschool Convention...

On Saturday, I went to the big Homeschool Convention in Cincinnati, Ohio.  My last post was about my mixed feelings about going, since it is a Christian - and strongly Creationist - event, and I am neither of those things.

This glossy, 8 1/2 x 11, two-page foldout brochure was included with the convention map/program I received at registration.

This photo was taken from the second floor windows looking down into the exhibit hall.  Doesn't really do it justice, though - it was much more crowded than it looks here.  It was late in the day and people were starting to pack it in by the time I took this.  It is such a huge event; they actually used double the amount of floor space in the exhibit hall than they used when I was there just three years ago.

One one hand, it was helpful that a lot of it didn't apply to me.  I'd estimate that at least 60-70% was directly related to Creationism and/or the Biblical worldview.  If so many of those booths hadn't been so easily skippable, I would never have been able to get through the whole thing in a day.  But most of the kooky ones are pretty easily marked, so I could just walk down the line going "Nope, nope, nope, don't need to go there, nope..."

On the other hand, knowing that there is such an enormous market for Creationist materials out there, walking in the midst of it all in person, did make my brain feel all itchy - it's truly disturbing to experience firsthand how many people actually believe that stuff.   I felt like a hypocrite for being there because I am so deeply opposed to Creationism and I don't want to support the cause in any way.

I'm sorry I didn't take more pictures, but it was crowded and hectic and I was just focused on trying to quickly take everything in and not walk into anyone - but I really wish I had taken the time to get a shot of this one booth with a big banner portrait of George Washington on one side, and one of Jesus on the other - apparently to illustrate how our country was "founded on Christian principles" as fundies frequently and wrongly love to state.  Creation Ministries International and several other groups had giant, eye-catching dinosaur head displays and fossil samples, with long-bearded men explaining the finer points of their "science" to the crowds.  I did see one Jewish booth, and I almost wanted to go shake the guy's hand in non-Christian solidarity.  He looked a little lonely.

That being said, there was still a LOT of good stuff that *did* apply to me though, and I'm glad I went.  It was actually a useful and productive trip.


Here's Monkeyman showing off the loot (or, according to him, "PRESENTS! YAY!") from my trip:

Highlights include the "Root Viewer" plant growing kit, a few math books/workboooks, a couple card games, a few small toys, an animal prints field guide, a geode to break open, some blank make-your-own jigsaw puzzles, a handful of books from two series we love (Magic Treehouse and Who Was ___?) and Monkey's favorite, purchased by Uncle Mike - a real SLINGSHOT!  Every boy should have one of those, right?!  I also purchased (and am eagerly awaiting arrival by mail) mp3's of 15 of the lectures that had been offered.  I chose 14 useful ones, about different teaching methods, learning styles, organizational tips, storytelling, etc.  Just for kicks, I also chose one called "Inside the Mind of the Skeptic" given by Alex McFarland, because I thought it would be entertaining to see what they're saying about people like me.  Oh wow.  Looking it up in the program to make sure I had the title right, I just realized that this lecture was part of the convention's "Teen Track" so this lecture was actually for kids.  I promise to give a full review of that one when it gets here.

Another thing I came home with was a huge bag of flyers, catalogs, samples, etc. of lots and lots of curricula and products.  Even though I am not really a curriculum girl (at least not at this point), sometimes it's nice to have some info in case there is an area where we want or need a little more structure down the road.  There are some very cool ideas out there.  I'll write about some them in a future post.


There was also a lot of cute/funny homeschool-themed apparel and accessories.  I thought about getting this hat for Shane, but opted instead to just text him this photo.  (Useful budget-friendly tip:  send a picture of an item and tell the person it made you think of them rather than actually buying it.  This is something we do occasionally - it's the thought that counts - and thought is free!)  I was also eyeballing a t-shirt that said "Homeschool Mom - Just Add Coffee!" but I resisted and stuck to purchasing educational materials only, like a good girl.


Finally, an important tip for anyone considering attending a convention:  you gotta get one of these things.  There are no shopping carts - imagine carrying all of the above items around acres of convention hall all day.  I actually bought mine at this convention the first time I went.

I was telling Shane about the comments on my previous post from my fellow freethinkers, and that I was thinking maybe it would be fun for us to meet up and go together next year.  He said, "You guys should have a booth!"  LOL do you think the convention organizers would be down with an "Ask an Atheist" booth?  Perhaps we could just go with some kind of matching t-shirts...  What do you think ladies?  :)

PS.  I forgot to mention that one other fun thing about the day was getting to hang out with my cool uncle.  I mentioned before that he is a public school teacher, wanting to scope out the homeschool market to see if there is any potential for a reading program that he's developing.  (He thought there definitely was.)  On the way there, I warned him to be prepared for a good dose of craziness, and he said something that kind of blew my mind.  "The fact that there are people who believe in Intelligent Design is proof that there is no such thing as Intelligent Design."  I'm not sure if he coined this phrase himself or had heard it elsewhere - I think it was his own, though - but I thought it was brilliant.  Every time we passed a particularly wacky booth, he would just raise his eyebrows at me and say "More proof!"

PPS.  To any of my Creationist friends who may have taken offense to this post:  I'll just leave this here. 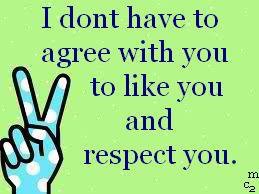